Top 100 IT Companies in Bulgaria 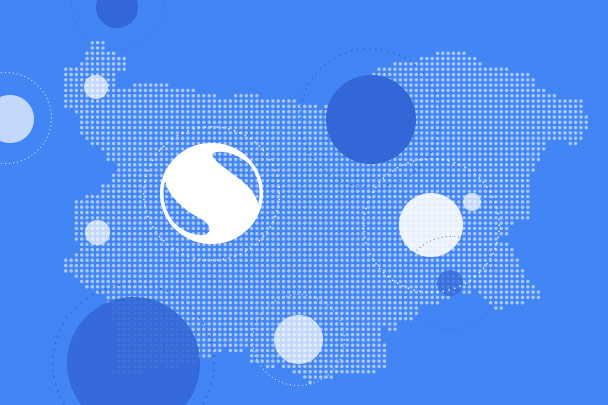 Last week was announced the annual rankings of the leading business newspaper Capital with its survey Top 100 of Bulgarian Companies, and Top 100 ICT company research, carried out by ICT Media. Ranking is made by a comparative analysis and based on objective financial criteria - the profits and gross revenues from the activity for 2017 of Bulgarian and international companies from the telecommunication, IT and outsourcing sectors operating on the Bulgarian market.

IT and TELCO market amounted to almost BGN 4.5 billion in 2017, with software revenue being the largest, the IT export volume counted for BGN 830 million. The total volume of IT revenue for 102 participating companies in this year’s ranking is exactly BGN 2 billion, equivalent to 2% of Bulgaria’s GDP in 2017. This revenue is almost at 2017 level, but it should be taken into account that the largest IT company in Bulgaria and leader in previous years - HP Global Delivery Bulgaria has not submitted data until the research is complete. If the “distortion” of the biggest player is eliminated, the Bulgarian ICT market has grown by more than 16.7 percent compared to 2016.

The Bulgarian IT talent is valued very much by the large IT giants who have opened R & D offices in Bulgaria (VMware, SAP, Luxoft, Software AG, Experian, Proxiad, etc.) and, most importantly, increasing the number of teams, expanding their Bulgarian operations every year. Three Bulgarian Companies are included in the Top Ten (*Capital, Top 100 Companies in Bulgaria 2018, Software).

The first five places are occupied by Bulgarian branches of foreign companies, but in Top 10 are included three Bulgarian companies. Sirma Group Holding holds the seventh place, swapping its position with the past year with BULPROS. The good performance of the two companies gives reason to anticipate entering the top five next year because of the high growth rates of both companies.

Tsvetan Alexiev, CEO of Sirma Group Holding commented on the results of the ranking, evaluating 2017 as a very successful year. “We have achieved very good financial results, growing by 25% compared to 2016. Behind the numbers, there are many business accomplishments and hard work. We manage to achieve revenue growth of more than 20% for six years in a row. The investments made by the company to develop its strategic markets have paid off, we won new projects and customers from around the world. Sirma Group Holding has been working on a new five-year strategy since February 2018, according to which the company targets revenues of EUR 100 million in 2022 “, said Alexiev.

ICT Media’s survey** presents the IT and Telecom markets, and includes individual rankings in the following segments – software development, off-the-shelf software packages and software integration; system integration; outsourcing, including cloud services such as PaaS, IaaS, and SaaS. In addition, they include charts of hardware vendors – with own production, delivery and hardware system integration, and distribution of software, hardware and communications products. Comparative analysis shows the most efficient companies with the highest business growth and highest returns for 2017, and companies achieved the most dynamic growth in the past 3 years.

The software business is the largest segment in this year’s ranking - by over 30%. IT distribution is the second largest sector in 2017, with over 23% share. System integration marks a 17.5% growth over the previous year and is thus the third most important source of revenue for the Bulgarian ICT industry. The production and sale of hardware, including office equipment and communications solutions, generate about 15.7% of the turnover of the participants in this year’s ranking.

This year, another big Bulgarian software developer - Haos Group, joined the survey. Almost all companies report growth in their business, outpacing the average growth not only of the whole economy but also of the other IT segments.

The first two places of the top 10 chart are occupied by the R&D Centers of VMware Bulgaria and SAP Labs Bulgaria. Sirma Group holds the 8th position, and the rest Bulgarian participants are BULPROS, Chaos Group, MM Solutions, and Software Group.

The software industry generated nearly 30 % of the total turnover of IT activities in the TOP 100 ranking 2018, while in 2017 it was 26.4 percent. Almost 13% has increased the company’s revenue from application development, software platforms, mobile applications. The total volume of software development of 40 participants in this year’s ranking was BGN 436.6 million, while last year 41 companies generated a total of BGN 387 million.

There is a steady tendency for the vast majority of locally developed software to be used abroad, with all the top 10 companies exporting their technology. The development centers of VMware Bulgaria, SAP Labs, Luxoft and Software AG have been created for this purpose. For instance, innovative technologies developed by other companies also find clients worldwide, especially Sirma Group’s semantic technologies, Chaos Software’s with V-Ray products, MM Solutions mobile video, audio, and image, etc.

Over 17.5% of revenue surges are reported by system integrators in Bulgaria in 2017 and it completely compensates for the drop of 6% in 2016 that was quite unusual in this business. The project business rises in 2017, and clearly shows that the Bulgarian enterprises rapidly implement their plans for digitalization. It is evidenced by launching a number of interesting projects in various industrial segments - from banks and industry, through retail chains and pharmacy to telecom operators and the media.

Bulgarian companies mark impressive achievements taking into consideration the vast shortage of trained specialists, particularly certified engineers with practical experience, who have to deal with integration problems and legacy infrastructures.

It is becoming increasingly important for customers to be consulted, before the deployment stage, as the right approach to digital transformation is critical to the future survival of the whole business. A part of the companies has declared consulting services as a new revenue stream while implementing complex systems so that the improvement in the segment is even more noticeable. Several Bulgarian companies such as BULPROS, Sirma Group Holding, Bright Consulting and Scale Focus regularly earn projects abroad, although in this business, “breakthroughs” are becoming more and more difficult. Sirma Group reported a 68% increase and occupied the 6th position, rising 2-fold higher than the previous year.

The number of companies reporting system integration revenues for ICT TOP 100 2018 is almost the same(39 vs 38 last year, but the total revenues gained from project business in 2017 jumped to BGN 384 million or 17.5% more despite the lack of information about two of the big companies in the field - IBS and Software Group Bulgaria. The Top 10 system integrators have made almost 80% of the total turnover, with virtually all being able to raise their earnings from system integration.

The total volume of IT services in the system integration jumps from BGN 108 million in 2016 to BGN 127 million in 2017. Sirma Group Holding remains in top 5 but reported a 17% decline in this activity.

Hardware systems (HS) reported the largest growth of all components, reaching a total of 121.4 million leva, or more than 50% more than sales in 2016. Despite the shift to cloud services and platforms, servers and disk systems, especially flash-based, HS generate a significant turnover for system integrators, and the margin for these systems is higher than in traditional PC business.

A total of BGN 136 million is the turnover of the outsourced and the cloud services market of the companies that submitted data. The amount is 64% less than the BGN 380 million achieved in 2016. The explanation for the decline is lack of data for the global HP Global Delivery Bulgaria Center, which in recent years has constantly been heading not only companies providing outsourced IT services but also in the overall ICT TOP 100 ranking.

Twenty-two companies have reported revenue from this activity for 2017, with almost all of the businesses reporting significant growth. The leader is the Bulgarian subsidiary of HP, next is BULPROS that consolidates its second position with more than twice the leaps in revenue from outsourced services. The third place is again for ProxiAD Bulgaria, which is able to increase with more than a quarter its business with services for the overseas clients. In the top five are Questers Bulgaria, followed by Direct Services. Top ten includes also well-known names like Lirex BG, Sirma Group Holding and TSD Services, as well as newcomers in this ranking - Stone Computers and ICOM.

Reported revenue from hardware sales in 2017 increases by 24.7%, according to the financial data of 55 vendors. The growth rate of communications equipment (from non-operating class) suppliers was 44%, along with this one of own production - 24.4%. The total volume of hardware and communication equipment, office equipment and own products sold for 2017 is BGN 482.3 million. This is 24.7 per cent more than in 2016. For a consecutive year, Datecs holds first place with 20,5% growth. Second is for STEMO again, and third of VALI Computers. The top five of the largest hardware companies complement Telelink and Kontrax. Sirma Group Holding registered an outstanding growth of 866%, the revenue of BGN 11.5 million and holds 11th position, moving upwards with 17 positions compared to the previous ranking.

A total of 28 companies has declared IT consultations for their main activity in 2017. The total turnover is more than BGN 71.8 million and 60% growth compared to 2016. Leader for another year is Experian Bulgaria, followed by Balkan Services, Accedia, Quality House and Sirma Group Holding in 5th position.

The total accounting profit for the ICT sector is much lower this year - 95.2 million leva, with profit leaders being Datecs, Borica, Sirma Group Holding, SAP Labs Bulgaria, Chaos Software, VALI Computers, Polycomp, Solytron Bulgaria, Allterco and BULPROS. The average ICT salary in 2017 rose by 5.8 percent to BGN 3005 compared to an average wage of BGN 2842 in 2016.

Sources: The information in this material is a summary of data and conclusions extracted from a comparative analysis of the next surveys:

The summary has been prepared to provide specific industry information to the general public and the stakeholders of Sirma Group Holding.