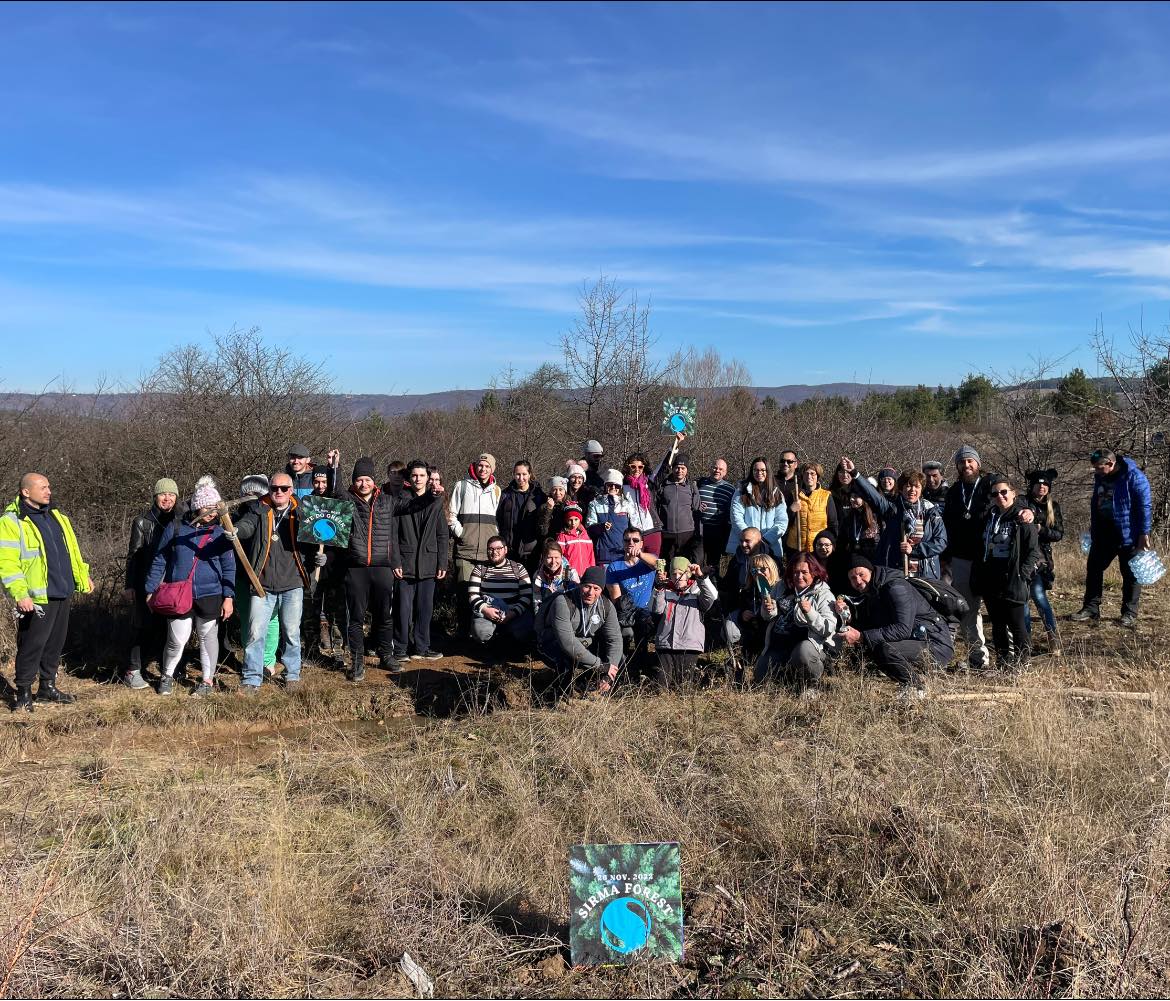 This weekend Sirma’s team planted their first forest of beech trees. The initiative was supported by more than 50 employees. All of them were rolling up their sleeves and skipped the weekend family commitments, because the new good cause was calling them. They headed to the outskirts of the capital Sofia to plant 500 beech trees. The trees have been given as a present by the newest member of the Sirma Group family - Sirma Insurtech, regarding the 30th anniversary of Sirma Group.

The District forestry officials specially selected the land and Sirma’s teams were carefully trained on how to plant the trees properly.

In less than 2 hours, 10 teams of 5 people put their efforts into planting all trees, and eventually, the field was diligently cleaned of debris.

Besides its socially responsible notion, the event also was a kind of internal competition between our employees. The first team that planted its allotted trees received a cash prize of BGN 1,000. The champions decided that each participant was a winner, and the prize was donated to Sirma Group’s Christmas charity cause. Sirma has supported residents of Lesichevo daycare center because we are committed to helping vulnerable children who grow up without parental care.

The initiative is part of our ESG strategy, in which ESG refers to three main factors to measure the sustainability of our investments – environmental, social, and corporate responsibility. This approach stems from the concept of “People, Planet, Profit” (PPP), introduced in the 1990s to direct companies’ attention to more than just profits but also to every single P in the equation that ultimately leads to sustainability in any commercial enterprise.

In Bulgaria, we say that “you can’t just work; you have to celebrate,” so the hard work in the newly planted forest was celebrated with a barbecue and drinks in a great outdoor atmosphere.